Among 57 recently-discovered caves in Quang Binh by the experts, Hoa Huong cave is considered the oldest cave in the limestone area of the National Park Phong Nha - Ke Bang National Park (Quang Binh). This cave had been found by a local man since a long time, but the survey of the cave just has been finished in the March. 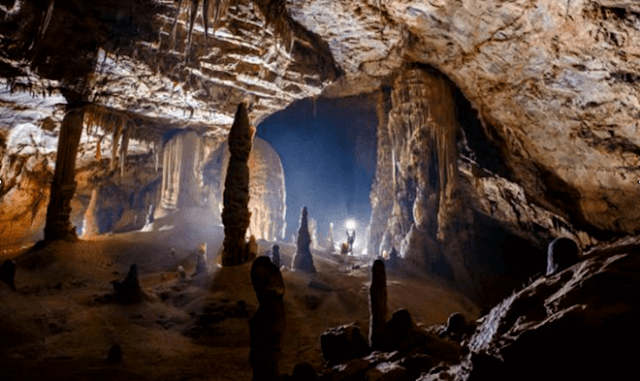 “At that time, I was 20 years old and just accidentally discovered this cave during my trip to seek aquilaria crassna together with other people in my locality”, Mr. Nguyen Van Hoa (41 years old, Son TRach commune, Bo Trach district), who discovered the cave (this cave is thought to be more valuable to science), said.

Mr. Hoa told that he followed a group of about 3-4 people crossing the forest to seek aquilaria crassna during his a month-trip in Summer 20 years ago. On an afternoon day in the forest, he went to look for a drink, then he went down to a low region and found the cave entrance.

“I saw the cave entrance of 4m high and 3 or 4m wide, so I came into. I continued to go further inside, about 15mins, and I found a few of small puddles”, he said.

The entrance of the cave is the 2nd entrance of Hoa Huong cave. This man went into the left side of the 2-side cave. Inside this side, there is light and cool breeze blowing in. He went into alone, so he had no courage to go further inside, and just took a bit of water and then turned out.

In early 2014, Mr. Hoa said that experts from the British Cave Research Association who want to conduct several explorations in caves of Phong Nha and he told them. Mrs. Howard Limbert from the British Cave Research Association (56 years old, the wife of the expert Howard Limbert) took part in the exploration, according to the direction of Mr. Hoa. 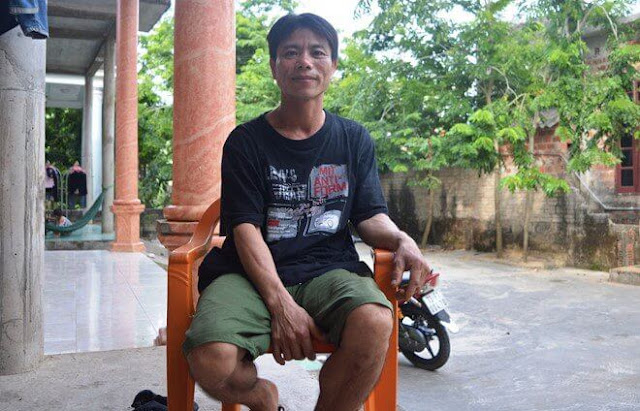 In the survey of the cave 2 months ago, Mrs. Deb just only discovered the left branch of the cave with over 900m long, under the direction of Mr. Hoa. And it was the female British expert who suggested the name “Hoa Huong” for the cave, named after this local couple’s name. However, they still unannounced the cave before discovering the cave completely.

In the March, Mrs. Deb continued to lead a team of 4 experts to explore the right branch of the cave. He said, from the center area of Phong Nha, you go along the Highway 20 Quyet Thang to Km 30 and turn left toward to the trail to get to Hoa Huong cave. This cave is located about 3-4km from Highway 20 Quyet Thang, running on the forest road, but it takes about 3-4hr walk due to the rugged terrain.

After 2 days when the cave had been announced by Howard Limbert, we met Mr. Hoa who just returned from a trip to the forest. This man didn’t retain a career of seeking aquilaria crassna anymore, he nowadays is a chef for a caving tour. After leading the experts to discover the cave, he received an invitation to be a cook for a travel agency to serve caving tours in Phong Nha-Ke Bang National Park,one of the best place for Vietnam private tours and he can earn 3 million VND a month. That is a big change for the man to help him run out of poverty and can support his family of 5 small children and a wife.

Mr. Howard Limbert, who led the group of 13 experts to explore caves in Quang Binh in the March explaining that, Hoa Huong cave had the entrance at right the place of two branches. The 2nd branch situates on the right of the cave with over 1.8 km in length.

“This is the first time we had an exploration in a cave formed underwater in Quang Binh. My wife had conducted a survey at the cave and realized that the cave is not suitable for tourism development, because it situates so deep underground, but it has a lot of values to the scientists”, Howard Limbert said.

According to the explanation of Mr. Howard Limbert, over 1 million year ago, Hoa Huong cave was situated below a big lake. Groundwater resources ran out of the geological fault circuits to Laos and then formed this cave. Later, the geological changes made the groundwater resources no longer flow through the cave, and instead, they run through Khe Ry cave, En cave and Son Doong cave.

According to the famous British expert, Hoa Huong cave is the oldest among 311 caves found in Quang Binh so far.

Talk about the work of finding caves in Quang Binh, Howard Limbert said that he and the members of his team were very grateful and wanted to say many thanks to people like Mr. Hoa.

“They provided useful information, and helped us very much during the discovering of new caves. We also learned a lot of experiences such as how to find groundwater resource, avoid the dangerous animals in the forest in order to survive in the wild nature”, Howard Limbert said.


On 22th June, Howard Limbert announced 57 recently-discovered caves in Quang Binh by members of the British Cave Research Association, forest rangers of Phong Nha-Ke Bang National Park and experts from Vietnam National University, Hanoi in the exploration in March. Among the new caves, the largest and most beautiful cave is Hoa Huong with many magnificent stalactites and valuable scientific information.

• Besides Vietnam, Bagan of Myanmar is also a good place to visit in Asia. Consider our Bagan Tours to explore this place. Bagan Travel give you chance not only to discover the ancientness but also to learn about history of some mysterious temple like Thatbyinnyu temple 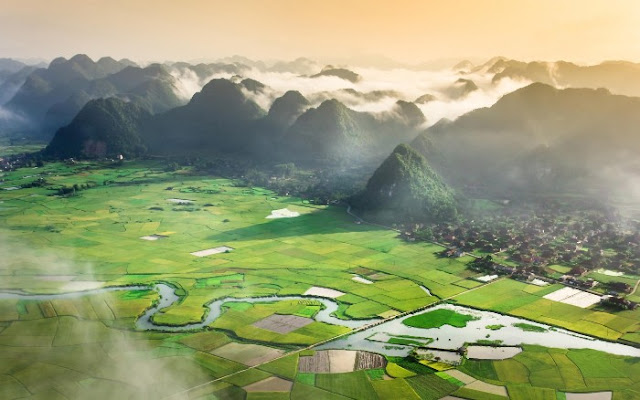